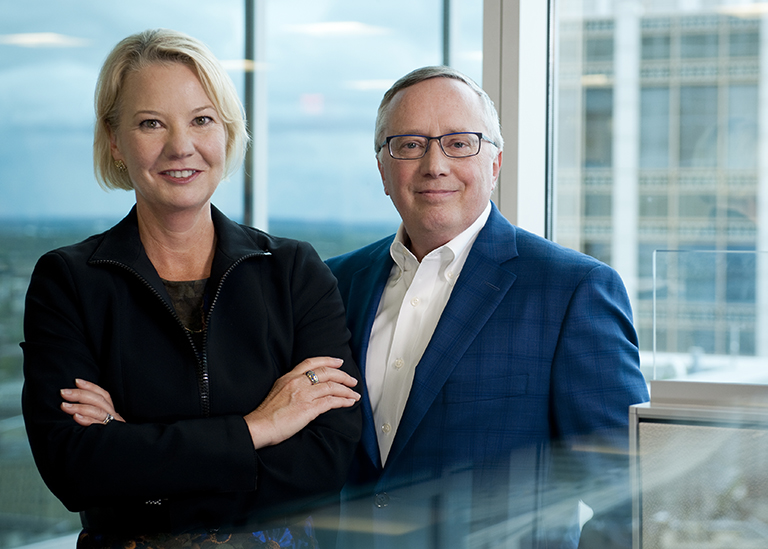 For more than 50 years, the legacy of founders Gerald and Henrietta Rauenhorst has steered GHR’s optimistic and transformational philanthropic approach. Alongside its partners around the world, GHR reimagines what’s possible when pursuing change across our areas of impact: Education, Global Development, Racial Equity, Alzheimer’s Prevention and more. As part of its mission to be of service to people and their limitless potential for good, GHR funds advances in Alzheimer’s research to create the scientific possibility of preventing Alzheimer’s dementia for all patients.

"The Alzheimer's statistics are staggering, both in terms of cost and burden on families," says Amy Rauenhorst Goldman, the foundation's CEO and chair. "We are completely committed to the goal of a treatment and prevention by 2025."

GHR's partnership with the Alzheimer's Association began in 2010 with a gift to enhance care and support programs at the Minnesota-North Dakota Chapter. In 2012, the Foundation expanded the relationship by answering the Association's call for donor support of the Dominantly Inherited Alzheimer Network Trials Unit (DIAN-TU), joining the Zenith Society.

Since 2010, GHR has committed more than $50 million to advance key Alzheimer's research. To achieve maximum progress as swiftly as possible, the Foundation has continued to partner with the Association to invest in large-scale prevention initiatives, including Longitudinal Evaluation of Amyloid Risk and Neurodegeneration (LEARN) and the Alzheimer's Prevention Initiative (API) Generation Study.

"We repeatedly have been able to work through the Association to collaboratively fund innovative research," says Fred Miller, GHR Foundation's chief operating officer and Alzheimer’s program lead. "We're encouraged by the rapid advances in research and the broad public health potential of many of the existing trials and those in development."