Part the Cloud grants accelerate the translation of findings from the laboratory into possible therapies for Alzheimer’s and other dementia. 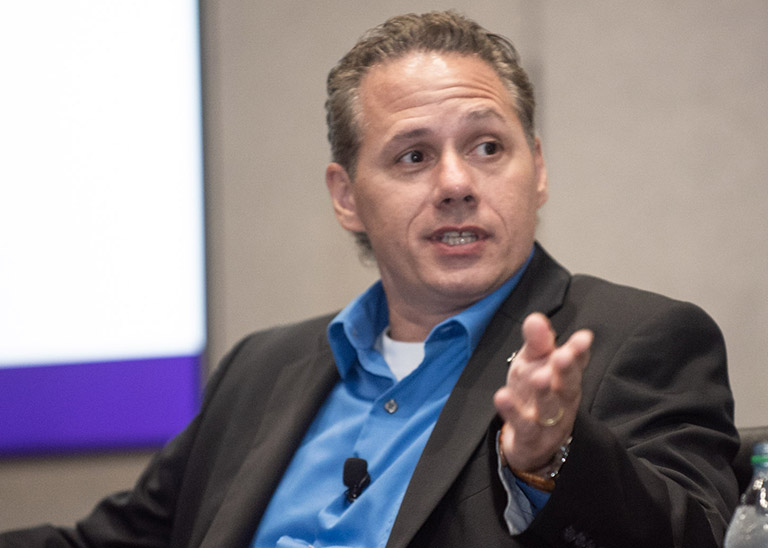 Anthony Oliva, Ph.D., was awarded a total of $4 million through the Part the Cloud Challenge on Neuroinflammation.

There is a critical gap between laboratories where experimental drugs are developed and pharmacies where approved medications are dispensed. While the vast increase in our understanding of Alzheimer's has led to the identification of promising targets for new therapies, the process of developing and testing potential therapies is long and complex, taking years and substantial resources. There are few funding sources to support the earlier phase studies needed to test drug treatments in people. Many promising research ideas stall due to a lack of funding.

Part the Cloud Challenges accelerate progress in high-potential areas of dementia science. Through the Part the Cloud Challenge on Neuroinflammation, four researchers were awarded $1 million each to harness an immune response to treat Alzheimer’s disease. Through the Part the Cloud to RESCUE (REverse, reStore, Cease and UndErstand) Brain Cell Degeneration in Alzheimer’s disease, six researchers received $1 million each to test innovative compounds to be used for interventions in the earliest stages of dementia.

Part the Cloud also serves as a catalyst in helping researchers receive additional funding for their work. Projects funded by Part the Cloud have gone on to receive a total of $1 billion in follow-on funding from government entities, venture capital, industry and other funding sources. This follow-on funding has enabled studies to expand into clinical trials across the U.S., allows data sharing on a global scale and moves potential treatments through clinical trials faster.