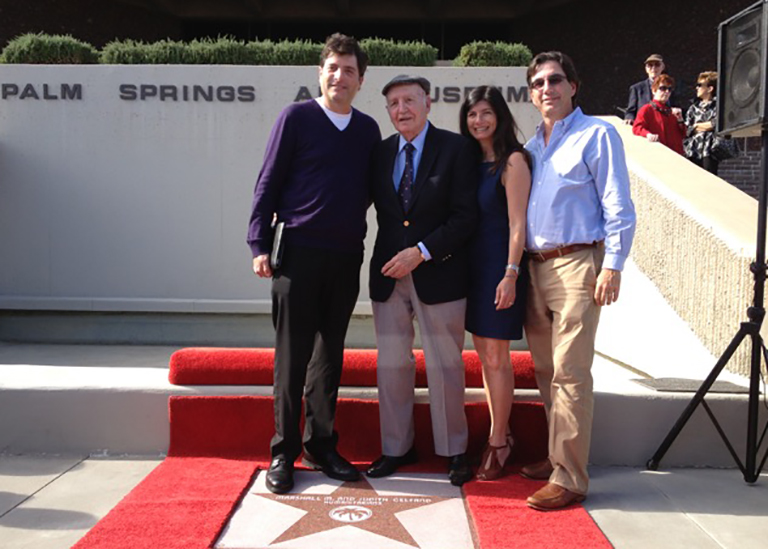 Marshall with his and Judy’s children: Todd, Elizabeth and Dean

Marshall M. Gelfand and his family established The Judy Fund at the Alzheimer’s Association in 2003 in loving memory of his wife, Judy, and her mother, Gertrude Jaffe. Since its inception, this family fund has raised and invested more than $8 million in partnership with the Association with one clear mission: To help create Alzheimer’s survivorship for future generations. Through the generosity of families, friends, business colleagues and corporations, The Judy Fund, now chaired by Elizabeth Gelfand Stearns, is the largest and fastest-growing family fund in the Association’s history.

“Our father has shown us all what one family can do to help change the world,” says Elizabeth. “Our father’s ultimate battle, his fight against Alzheimer’s disease, is a very personal one — it’s one that honors our mother and is a way to protect us, his children, grandchildren, great-grandchildren and the future generations of our family. His fight is an example of leading from the heart.”

In April 2017 the Gelfand family added to Marshall’s legacy of philanthropy and leadership by making a generous gift of $500,000 to The Judy Fund in support of the Women’s Alzheimer’s Research Initiative and the International Research Grant Program.

“We began The Judy Fund because two great women’s lives were cut far too short by Alzheimer’s,” says Elizabeth. “Because of them, and so many other women we have known, we have a deep interest in the disproportionate effect that Alzheimer’s has on women. We’re very pleased to make this gift, and our hope is to be using it to inspire others.”