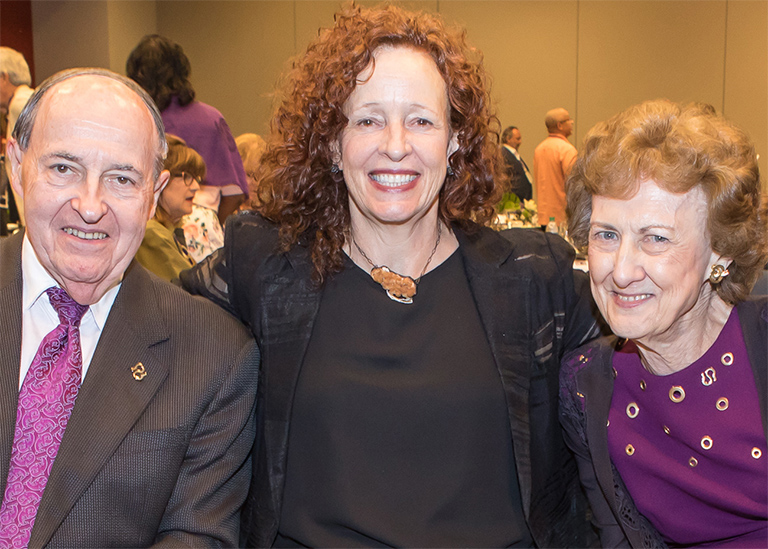 Longtime sponsors of the Alzheimer's Association Chicago Rita Hayworth Gala, Joan and Paul Rubschlager generously contributed $1 million to support the Association's innovative global research program in 2012. This commitment made them members of the Zenith Society, the Association's highest and most involved level of giving. In 2018 the Rubschlagers made a second Zenith Society-level investment to support the nutritional counseling and modification component of the nationwide U.S. Study to Protect Brain Health Through Lifestyle Intervention to Reduce Risk (U.S. POINTER).

The couple's passion for medical research has been inspired by the progress they've witnessed and experienced in their lifetimes. "When we were kids, polio was still a big problem, and parents were scared to let their children go outside in the summer," Paul says. "Then when I was in college, Jonas Salk discovered a vaccine and that was it."

In addition, both Joan and Paul are cancer survivors. "We're alive today because someone funded research," Joan says.

They're hopeful that investments in Alzheimer's research will lead to breakthroughs for other neurodegenerative disorders as well, such as ALS (Lou Gehrig's disease), which claimed Paul's father's life. "We believe a big discovery in this field could unlock a cure for all neurological diseases, and we hope it will happen in our lifetimes," Joan says.