The world’s first primary prevention trial for Alzheimer’s will test a promising drug in young adults who are genetically destined to develop Alzheimer’s by middle age. 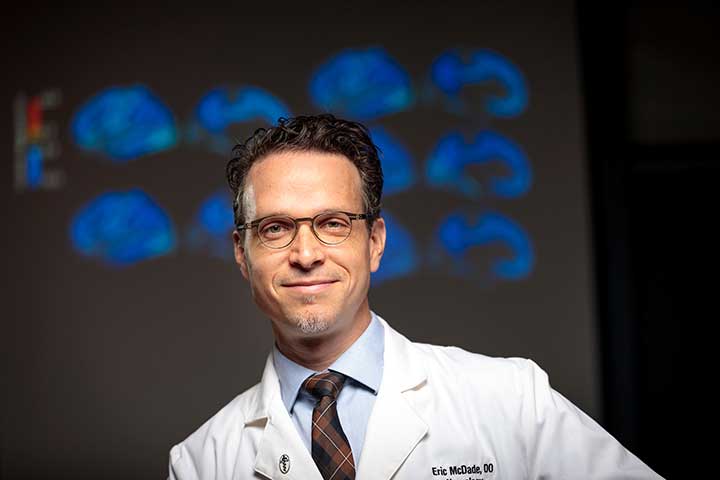 Alzheimer’s disease is particularly devastating for families who carry a gene mutation that causes cognitive decline and death, often by middle age. Dominantly inherited Alzheimer’s disease (DIAD) is relatively rare but reliably dire. Children of individuals with DIAD watch their parents lose their memories, their ability to make decisions and solve problems, their relationships, their personalities — and ultimately their lives — often by their mid-50s. Those children enter adulthood burdened by questions their peers can scarcely imagine: Did I inherit the same gene mutation that caused my parent’s disease? If I did, how can I marry and bring children into the world knowing what I will put others through, knowing I may not be there for them when they need me, knowing I may pass the mutation on to my kids?

The advancement of new drugs that affect the underlying biology of Alzheimer’s has potential to transform the future for these families —and all individuals at risk for the disease. Beta-amyloid protein “plaques” are linked to a cascade of Alzheimer’s-related brain changes that ultimately leads to brain cell death and cognitive impairment. The U.S. Food and Drug Administration (FDA) recently granted accelerated approval to the drug aducanumab for treatment of early Alzheimer’s based on the expectation that amyloid plaque removal is reasonably likely to have clinical benefit. Several other amyloid-targeting drugs also have been shown to have a positive effect on brain changes associated with Alzheimer’s. The advancement of these drugs creates, for the first time, the opportunity to test whether anti-amyloid therapies can prevent Alzheimer’s from developing in the first place.

The Dominantly Inherited Alzheimer Network Trials Unit (DIAN-TU) is launching the world’s first clinical trial to test whether Alzheimer’s can be prevented before the disease takes hold in the brain. In individuals who inherit a gene for DIAD, amyloid typically starts building up in the brain when they are up to 25 years younger than their parent was when that parent first showed symptoms of Alzheimer’s. Studying the DIAD population makes it uniquely possible to test whether drugs can stop Alzheimer’s before it takes hold. Led by Eric McDade, D.O., and Randall Bateman, M.D., and their team at Washington University in St. Louis, in collaboration with hundreds of researchers worldwide, DIAN-TU Primary Prevention will test an amyloid-targeting therapy in people as young as 18 who are genetically destined to develop DIAD and monitor them for internal markers of the disease. Positive results could lay the foundation for drugs to play a role in preventing younger-onset Alzheimer’s and the more common late-onset Alzheimer’s alike.

We seek philanthropic partners to join us in powering DIAN-TU Primary Prevention. Leveraging a $100 million commitment from the National Institutes of Health, the Alzheimer’s Association has committed to covering a $14 million gap in funding for this trial that must be met by philanthropic partners. GHR Foundation, a longtime Association partner and a philanthropic leader of dementia research, has agreed to fund half of our commitment with the expectation that we will raise the remainder from our community of generous donors.