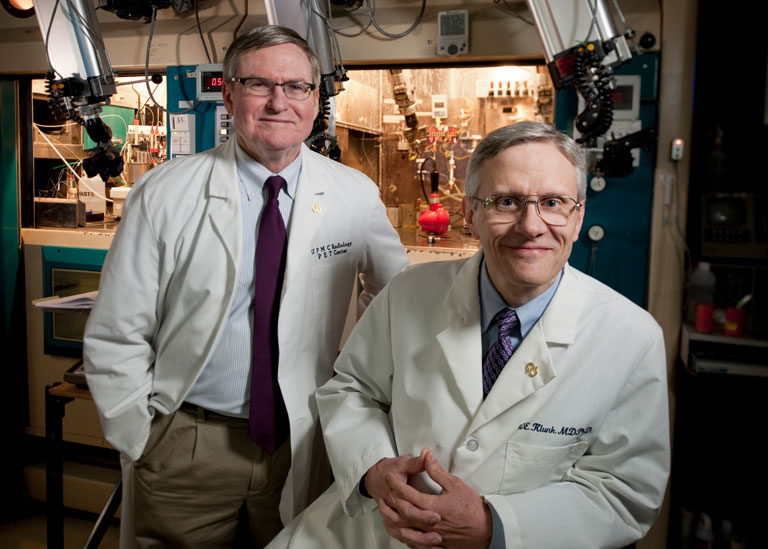 The nonprofit with the highest impact in Alzheimer's disease research worldwide, the Alzheimer's Association has helped catalyze nearly every major advancement in dementia science. .These have included development of the leading theories of the causes of Alzheimer's-related brain degeneration and the first radiotracer (PiB) capable of showing amyloid deposits in the living brain via a PET scan, among many others. We have also nurtured exponential growth in the number of scientists who are devoting their career to dementia research.

Our international panel of experts identifies the most promising Alzheimer's research across the globe.. To ensure only best-in-field investigations are funded, we call on our network of 6,000 scientists around the world to perform a rigorous two-tier review of grant applications. Our funding increases every year and includes support for:

There has never been a more opportune time to build the Alzheimer's research pipeline. Thanks largely to the Association's advocacy efforts, the National Institutes of Health (NIH) budget for Alzheimer's research now totals $2.3 billion annually — a fivefold increase since 2011. The Alzheimer's Association and the NIH play complementary roles in advancing critical science: We provide seed funding that enables scientists to test hypotheses and generate the data they need to scale their work with larger funding from the NIH. The dramatic expansion in federal funding requires an equally dramatic increase in projects to feed the pipeline.