LEADS seeks to improve diagnosis and care for people living with younger-onset Alzheimer's and identify risk factors for the more common older-onset form of the disease. 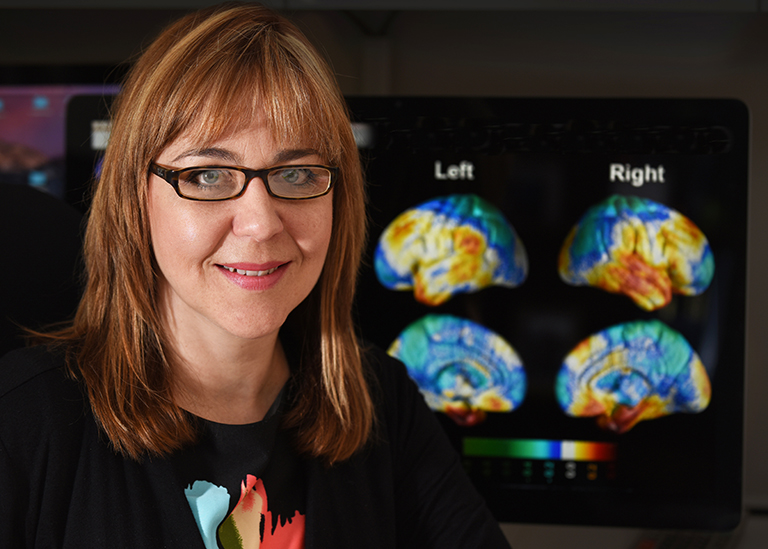 Studying Alzheimer's disease in people age 65 and older complicates efforts to understand its causes and progression. As people age they often develop other health problems that can contribute to changes in memory, reasoning and behavior. Attempts to develop effective medicines that target Alzheimer's-specific brain changes have been hampered by gaps in scientific knowledge about the degree to which cognitive decline is caused by Alzheimer's alone and how much it may be caused or exacerbated by age-related conditions such as hypertension, diabetes and heart disease.

A new research study promises to yield valuable insights into Alzheimer's by focusing on individuals who develop the disease's symptoms before age 65. Led by principal investigator (PI) Liana G. Apostolova, M.D., Indiana University School of Medicine, and several co-PIs, including Alzheimer's Association Chief Science Officer Maria Carrillo, Ph.D., the groundbreaking Longitudinal Early-Onset Alzheimer's Disease Study (LEADS) aims to increase knowledge of the disease's onset and progression by studying it in the absence of deterministic genes and geriatric medical conditions. Dr. Apostolova and colleagues have received funding from the National Institutes of Health (NIH) to establish a nationwide network of sites and collect clinical and biomarker data over a number of years from several hundred people. Participants in this natural history study will be living with younger-onset Alzheimer's that is not caused by dominantly inherited genetic mutations.

Studying this under-researched younger group will benefit people of all ages living with the disease. An estimated 200,000 people in the U.S. are living with younger-onset Alzheimer's. They are often misdiagnosed and do not receive the opportunity to make important preparations for living with the disease and to participate in clinical trials. In addition to improving diagnosis and care for them, LEADS will help identify additional risk factors for Alzheimer's, including susceptibility genes, which could inform prevention methods for the more common older-onset form of the disease.

The Alzheimer's Association seeks philanthropic partners to maximize the impact of this first-of-its-kind investigation. We aim to raise $4 million to leverage this NIH-funded study's infrastructure by adding important imaging and genetic components. Amyloid "plaques" and tau "tangles" are the two major hallmark brain changes of Alzheimer's. Our support will increase the frequency of amyloid and tau PET imaging to provide a much clearer picture of these brain changes in younger-onset Alzheimer's. Our commitment also will enable the researchers to examine major chromosomal changes and non-DNA influences on gene expression that may contribute to younger-onset Alzheimer's. The findings made via these add-ons could have significant implications for diagnosis, staging and intervention.

The team will share the study's data online with the international research community through the Global Alzheimer's Association Interactive Network (GAAIN) and make all blood and genetic data available via Indiana University's National Cell Repository for Alzheimer's Disease. The network to be built by Dr. Apostolova will be maintained for future clinical trials.