DIAN-TU is testing experimental treatments and diagnostic approaches in people who have a 50/50 chance of inheriting a gene mutation that causes Alzheimer’s disease by middle age. 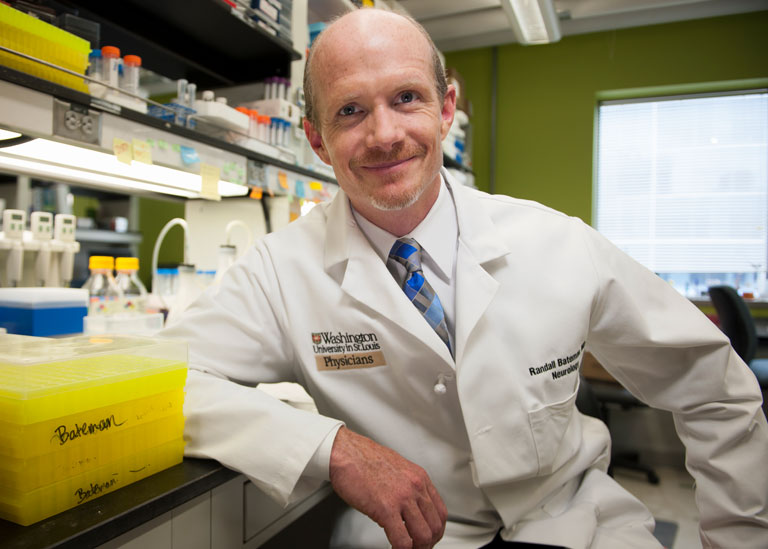 Converging evidence suggests experimental Alzheimer's treatments may be most effective if given before the first outward signs of dementia appear. Researchers are now testing this hypothesis on people for whom an effective intervention holds special urgency: individuals with a 50/50 chance of inheriting a gene mutation that causes Alzheimer’s disease by middle age. Thanks to generous donor support, the Alzheimer’s Association provided funding that launched the Dominantly Inherited Alzheimer Network Trials Unit (DIAN-TU), a groundbreaking prevention study, three years before federal dollars became available.

“Alzheimer’s disease onset is predictable for this population, so we should be able to tell relatively quickly whether the drugs are having an impact,” says Dr. Randall Bateman, who leads DIAN-TU. His team is hopeful that medications that work for people with younger-onset familial Alzheimer’s will also work for people with the more common late-onset form because the disease appears to progress in a similar way no matter how it starts.

In addition to accelerating DIAN-TU’s start, the Association has made multiple grants to expand and enhance the study. In 2016, Association donors invested $4.3 million to add innovative diagnostic features and new drug candidates via the Next Generation (NexGen) trial. In 2017, Association donors invested an additional $2.6 million in the High-Dose Escalation study, enabling the research team to amend the study protocol and significantly increase the dosing of one of the drugs under investigation (solanezumab) after determining it would be safe to do so.

In early 2020, the study’s leaders reported strong, positive biomarker signals in volunteers receiving the experimental drug gantenerumab. Data suggest the drug significantly reversed the accumulation of amyloid protein “plaques,” a hallmark brain change in Alzheimer’s, back to nearly normal ranges. There seemed also to be an impact on reducing specific forms of tau protein associated with tau “tangles,” another hallmark brain change of Alzheimer’s, and neurofilament light chain (NfL), a marker of brain cell death.

The Association is now helping to fund an open-label extension (OLE) study to explore gantenerumab’s full potential. All participants, regardless of whether they had been receiving either drug or a placebo, will be eligible. For at least three years the participants will receive gantenerumab at the highest tolerated dosage to determine if it can remove both plaques and tangles. Potentially, this will provide new insight into whether reversing amyloid pathology and tau pathology before symptoms appear is a valid strategy to slow or delay clinical progression.