GAAIN is accelerating scientific discovery through the free online sharing of research data on thousands of subjects at risk for or living with Alzheimer's disease. 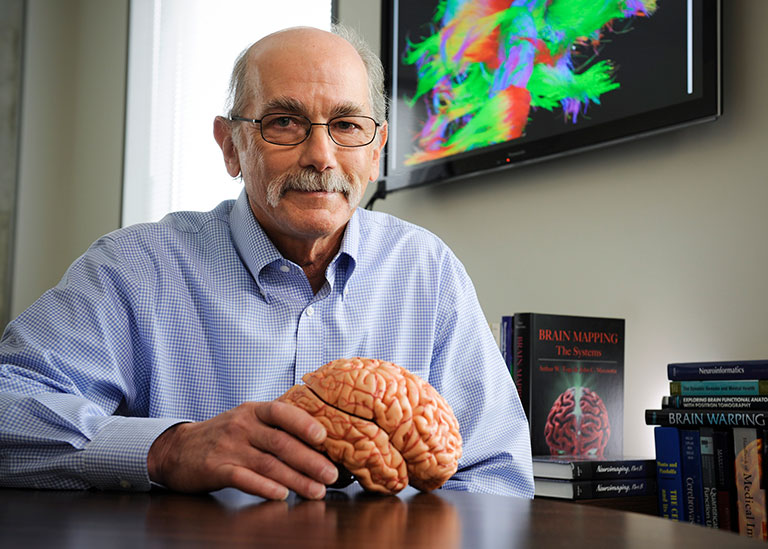 Many game-changing discoveries in Alzheimer's disease science have been made by researchers sharing and analyzing large data sets at their computers. These include the knowledge that brain changes characteristic of Alzheimer's start decades before symptoms appear and the identification of more than 20 genes strongly associated with Alzheimer's. Comparing the brain scans and the genomes of people who had or who later developed Alzheimer's disease enabled researchers to detect patterns that transformed our understanding of how Alzheimer's progresses and who is at elevated risk of developing the disease.

Now, a cloud-based network is taking data-sharing and analysis to an unprecedented level. Alzheimer's disease researchers have been among the first in the biological sciences to understand the potential to gain knowledge by using modern information technology to mine "big data" — extremely large data sets that can now be analyzed computationally to reveal patterns, trends and associations. Initiated by the Alzheimer's Association® and led by Arthur W. Toga, Ph.D., Director of the Laboratory of Neuro Imaging (LONI) at the University of Southern California (USC), the Global Alzheimer's Association Interactive Network (GAAIN) is a first-of-its-kind, cloud-based network that enables scientists to access large and complex neuroscience data — free of charge and from any smartphone or computer in the world. In addition to making these data available in one place, GAAIN provides sophisticated software tools that any scientist can use to analyze laboratory and clinical datasets with ease across multiple data sources.

Nearly 30 of the world's foremost Alzheimer's research institutions have made data from approximately 400,000 study participants available through GAAIN. The GAAIN team is in discussion with more than 100 other organizations about becoming data partners. GAAIN's innovative approach will not only advance research on Alzheimer's and other dementias; it will set a benchmark for data-sharing in complex disease research. This will be important as scientists continue to analyze brain disorders co-existing with Alzheimer's such as Parkinson's disease and vascular dementia.

The next phase of GAAIN's development is to distribute complex processing capabilities beyond its flagship at the USC to computers around the world. Your investment will impact the scope and course of Alzheimer's research — immediately and well into the future.